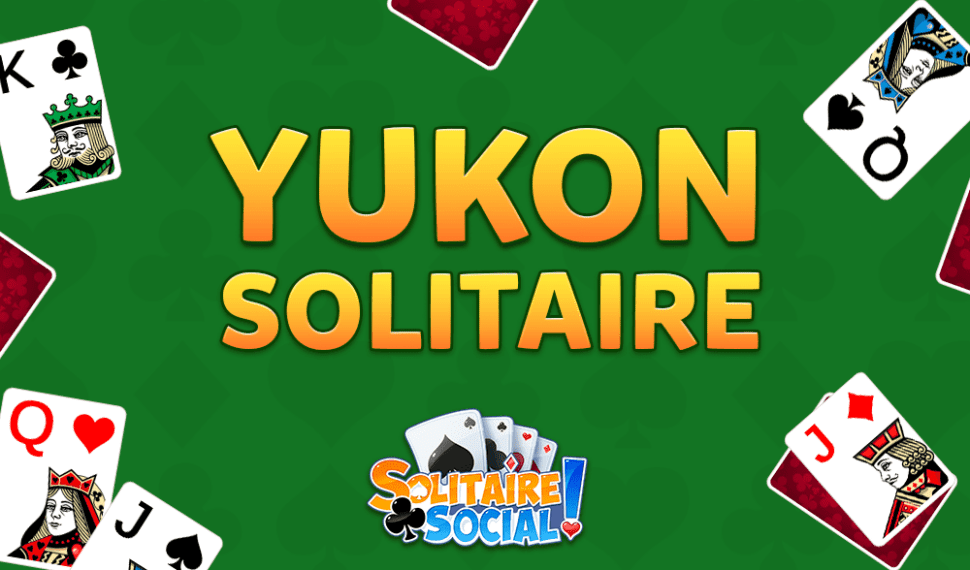 How To Play Yukon Solitaire

Yukon Solitaire is a variety of Solitaire that is as easy to learn as it is challenging. As a result, it’s an excellent game for players looking to expand their solitaire repertoire. Below we’ll discuss how to set up and the rules of play.

Do you want to play Solitaire against others?

To play Yukon solitaire, you will need one standard playing card deck. Remove the jokers and follow these instructions to set up: 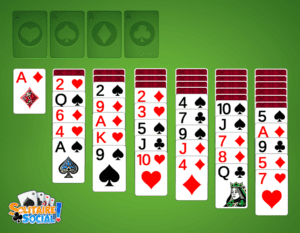 Now you are all set up and ready to learn the rules of Yukon solitaire!

The goal of Yukon solitaire is the same as other games of Solitaire. You want to play all the cards in the deck to their corresponding suit pile. Cards must be played to their suit pile in order from ace to king.
To play, you can move any face-up card to any open card that is the opposite color and one card value higher. For example, you could play a black 6 on top of an open red 7. But you couldn’t play it on top of a black 7 or any color 5.
When you move a card, you also move any cards atop it in the column. Those cards do not have to be part of an alternating color sequence. For instance, let’s say there was a black 3, a red 8, and a black queen on top of the black 6 in our previous example. Those cards would all move on top of the red 7, retaining their original order.
When a face-down card is revealed, that card is immediately flipped over. You’ll want to focus on revealing these as quickly as you can to get all the cards into play.
Only kings can be played to empty spaces left by columns. When you play a king to an empty space, you move any of the cards atop it to that space as well.
Open aces are moved to start suit piles above the columns. Get your aces into their suit piles as early as possible. This will give you an advantage during gameplay.
Once an ace has started the suit pile, the next card of that suit may be played atop it. Play these cards in ascending order up through the king. Only open cards may be played to suit piles.
And those are the rules of the game. So now you are ready to play your first game of Yukon solitaire!

Yukon solitaire is just one of a family of similar solitaire games. Below are a few popular varieties worth trying out.

Russian Solitaire is very similar to Yukon. It is set up the same way. However, cards are played to open cards of the same suit instead of alternating colors. So, a 6 of clubs would be played to a 7 of clubs. It could not be played to any other card in the columns. All other rules are the same as Yukon.

Klondike is the most popular version of Solitaire today. It’s very similar to Yukon, with only a few key differences.
After the first 28 cards are dealt (steps 1 -5 above), the remaining cards become the draw pile. You can draw a card from the top of the draw pile at any point during the game and play it to an open card in the columns. Unused cards from the draw pile go into the discard pile. You flip the discard pile to reset when the draw pile is depleted.
The second difference is cards must be in sequence to be moved together. Otherwise, only open cards can be played.

Australian Patience is a more distant relative of Yukon. To play, deal 7 columns of 4 face-up cards each. The remaining cards form the draw pile. Cards are moved around the columns following Yukon rules with one exception. Cards can only be played to cards of the same suit and one card value higher, like in Russian Solitaire. You can draw cards from the draw pile anytime if you are stuck. But unlike Klondike, only one pass through the draw pile is allowed. That means players must work through the discard pile if they want to use any card already drawn.

Online game with tournaments to play with your friends