Why don’t you just play our online game? You’ll have to play solitaire faster than your opponent. Interested?

Let us start with the fact that Solitaire is a board game with a rich history that goes back centuries. At the moment when you decided to play Solitaire for the first time, you made a step to history and joined the world of wisdom and a type of European meditation. We have already told you about the history of the creation and development of Solitaire (you can read about it right here). And today, we are going to talk about the most unusual appearances of Solitaire in world history!
So, let us turn our time machine on and go back in time! 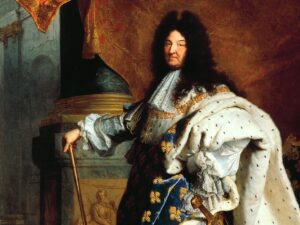 For a long time, there was a widespread theory that Solitaire was first invented by French mathematician Pelisson at the end of the XVII century. This famous scientist presented Solitaire as a gift to King Louis XIV in France. You may remember him from school as the Sun King. As you probably remember, the monarchs paid great attention to entertainment at that time. So, such a new way of leisure could be easily accepted by the court of such a great king.

Prisoners of the Bastille

At the same time, there are many researchers who think that Solitaire was invented by aristocrats imprisoned in the Bastille. 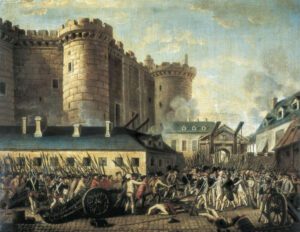 It was probably the most famous prison in history. The Bastille stood in the very center of Paris, and anyone could be arrested and sent there.
According to the legends, prisoners of the Bastille came up with a way to kill time in the walls of such a terrible place. They decided to put playing cards into decks by following a set of special rules. At the end of the 18th century, when the revolutionaries seized and then demolished the Bastille, information about the Solitaire was moving around the countries, thus becoming extremely popular in European bars and salons. 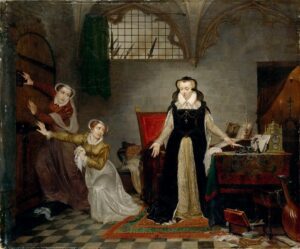 There is a legend that tells that Solitaire was popular even long before the taking of the Bastille. Mary Stuart is one of the characters of such a legend. She was the Queen of Scotland and spent the end of her life in prison. She was beheaded in 1587, and she was very fond of mysticism. According to legend, Mary Stuart learned about the magic game of Solitaire from famous astrologer and alchemist John Dee. Starting from this moment, there may be different endings to the legend. In one of them, Maria was never able to solve Solitaire. She was finally able to reach the end of the game right on the night before the execution. Another ending tells us that right before the beheading, the former queen decided to play Solitaire. She bet her life on it but she could not solve it to save her life.
Here is an interesting fact: We know the rules of this version of Solitaire. Why? These days, it is called “Mary Stuart.”

I got it all about historical facts, now I want to play myself 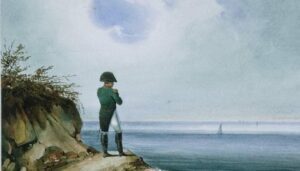 It just happened that our next hero also spent a lot of time in prison. After his second abdication, Napoleon Bonaparte was sent to Saint Helena Island located extremely far from Europe. Right in the middle of the Pacific Ocean, 1,800 kilometers from the coast of Africa, the great commander and former French emperor spent his last years in peace. It is said that Napoleon liked to play a special Solitaire, which years later received a special name many years later. Now it is called “Napoleon at St. Helena.” This version of Solitaire is considered quite complex. In addition, it is really hard to solve it. Interestingly, two decks are used in this version of the game.

It is worth noting that Napoleon Bonaparte loved Solitaire throughout his life. Thanks to him hearts of all the members of the French beau monde were captured by this unique hobby. 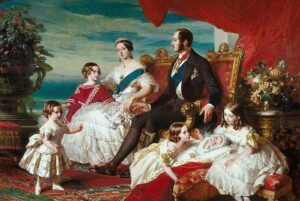 At the same time, in the UK, Prince Albert was responsible for the popularization of Solitaire games. He was the husband of Queen Victoria. While having no real political rights (he was the Prince Consort, i.e., just the husband of the queen), Albert was a continually active person. He controlled the entire royal court and supported his wife on the throne of the British Empire. In addition, he was very fond of Solitaire. Thanks to him, all people of that time were busy with such a way of time spending. By the way, there is a version of the game called “King Albert Solitaire.” Interestingly, it was not named after the British Prince Consort. King Albert of Belgium lived in the XX century and, according to rumors, had a weakness for Solitaire. 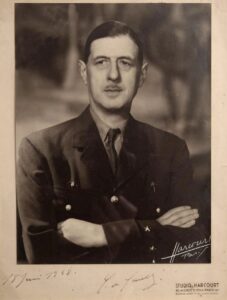 And now it is the right time to return to France. But we are not going to travel too far in time. Famous General Charles de Gaulle, who was one of the greatest men of the 20th century and the president of France, was also a fan of a quiet game of cards. He spent a lot of time playing Solitaire. Just two weeks before his 80th birthday, the General suddenly complained of pain and lost consciousness. He died even before the doctors arrived. The last thing Charles de Gaulle did in his life was watching the news and playing Solitaire.

And now, our little journey in time has come to an end. We are happy that now you know more about Solitaire. Keeping this in mind, we suggest you try our free Solitaire game! By choosing it, you can not only try your hand at Solitaire but also compete with other players for the title of master of the ancient Solitaire game.

Play online solitaire with friends to remember the days!