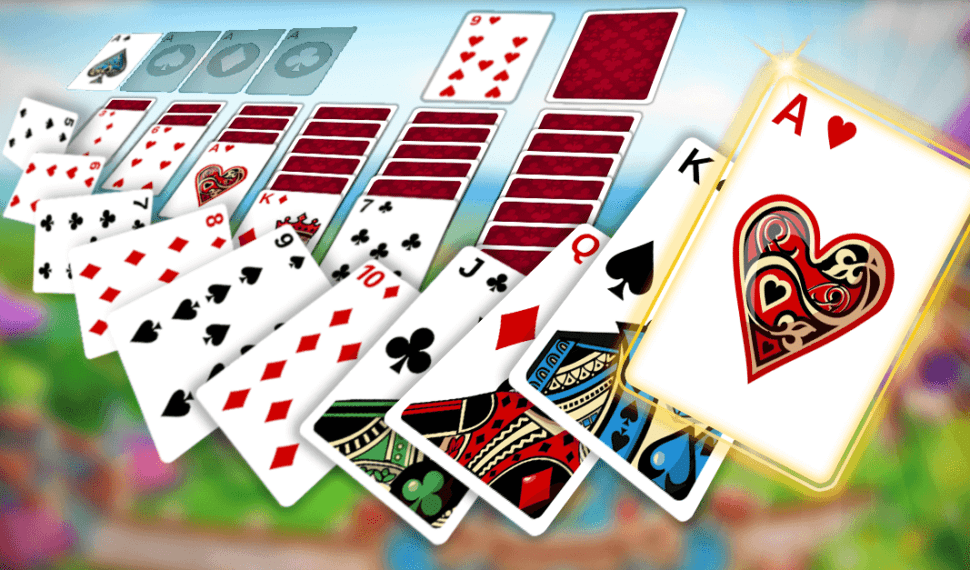 Despite the name of the game, you do not always have to be lonely to play everyone’s favorite card game. Solitaire is traditionally played by one player with a deck of 52 playing cards. Variations of the game have been around for centuries, but none is more interesting than 2 player solitaire. Double solitaire is a unique opportunity to change a solitary game into a shared experience. Two player solitaire can be played in person with a single deck of cards or online for a fun and unique twist on the traditional card game.

Solitaire can be played with multiple players in a variety of different ways. 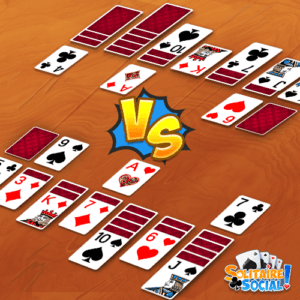 Depending on how many decks of playing cards you have, you can play a few different versions of two player solitaire. The first option is simple and can be played easily if you are already familiar with traditional solitaire. Simultaneous solitaire requires a deck of playing cards for each player. Each player will play simultaneously with their deck. The player who finishes their game first and with the fewest moves wins.
This method is very easy to implement and adds a level of competition to the traditionally solitary game. This style of solitaire can be played by many people at one time. If you have a deck for each person, this style of play is scalable. However, this method requires multiple decks of cards and feels more like two people playing their games. If you are looking for the best way to play solitaire for two players, this may not be an ideal method. Variations of these rules can be added to make for a more interesting and competitive game. If you do not have multiple decks ready for play do not fret, two player solitaire with one deck is not only possible but is a fun and unique way to play solitaire with a friend.

How to Play Double Solitaire with One Deck

Double solitaire can be played by two players using a single deck. In double solitaire, players take turns completing moves until no moves can be made. Players must rely on skill and the luck of the draw to be able to string together plays that allow them to clear as much of the tableau as possible.

How to set up double solitaire

The first step in playing double solitaire with a single deck is to shuffle the deck thoroughly. After shuffling the cards well, you must first set up the tableau. The tableau is the structure common in every solitaire game. To make the tableau you must first deal a card face up on the table. On the right of that card, you will deal two cards, the first will be face down and the second will be face up. To the right of that pile you will deal three cards, two faces down and the final one face up. To the right of that pile, you will deal four cards with the final card face up. Continue this pattern until you have seven columns of cards with the column on the far right having six facedown cards and one face-up card. The remaining cards can be placed off to the side in the draw pile. The top card of the draw pile can be flipped over and placed face-up next to the draw pile. After your cards are shuffled and your tableau is set up, you are ready to play double solitaire with two players.

How to play Two Player Solitaire 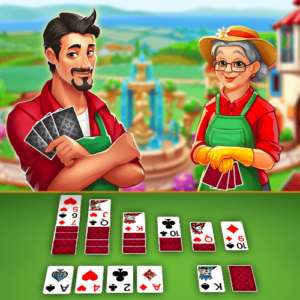 After you have your two-player solitaire game set up and ready to go, learning the rules is simple. To begin, flip a coin to decide who goes first. The player who wins the toss begins the game. Use the draw pile or stockpile to draw a card that can be played. Cards can be laid in descending order and must be laid alternately by color. For example, a red 3 can be laid on a black 4. Face-up cards may be moved throughout the tableau provided they can be placed on the next highest card of an alternate color. When a face-down card is uncovered it may be flipped and played. When you uncover an Ace of any suit, you may lay it face up in the foundation pile of each suit. As you uncover the two of any suit, place it on the appropriate foundation pile as long as you have already laid an ace. You will continue to place numbers on the foundation piles of each suit in ascending order until all of the cards are played. If you successfully play the card in the stockpile you may flip over to the next card and continue to play until you are no longer able to make a move.
Player one will continue to make moves until there are no longer any legal moves to be made from the face-up card from the draw pile or the tableau. When the first player can no longer make a legal move, player two will begin their turn. Player two will draw a card from the stockpile and make as many moves as they can using that card and the cards in the tableau. The players will continue to take turns until the game is over.
The game ends when neither player can make a legal move or when the four foundation piles are filled with the ace through the king card of every suit. If a game goes unfinished because there were no more legal moves, the player who moved the most cards to the foundation pile wins. If the game is finished and all of the foundation piles are complete, the last player to finish the last foundation pile is the winner.

If you are unable to find a partner to play double solitaire with or prefer to play with people around the world, online double solitaire may be a great solution for you. Solitaire Social offers a lively community of solitaire players from around the world. When you sign up for an account you receive access to online games, practice modes, and global tournaments. Whether you are a beginner or are a seasoned expert, Solitaire Social has the perfect game of solitaire for you.

Solitaire Social’s user interface is vibrant and easy to use. Games are easy to get into and they look great. One of the most unique options offered on Solitaire Social is their special events. From unique game rules to global tournaments, they offer a wide variety of experiences that will keep you entertained for hours. Flex your competitive muscles and work your way to the top. If you love solitaire, Solitaire Social has everything you could ever want in an online solitaire community. Learn new ways to play and meet others who enjoy the game of solitaire. The next time you get the itch to play traditional solitaire or double solitaire for two players, give Solitaire Social a try.

2 Player Solitaire Games and You

2 player solitaire games are a great addition to your card game repertoire. They are a twist on an old classic and they add an intriguing layer to the game. Everyone knows the basics of solitaire which makes it easy to learn how to play 2 person solitaire. The next time you are looking for a fun new game to play with your friends or family, give two player solitaire a try.