Is Every Game Of Solitaire Winnable? 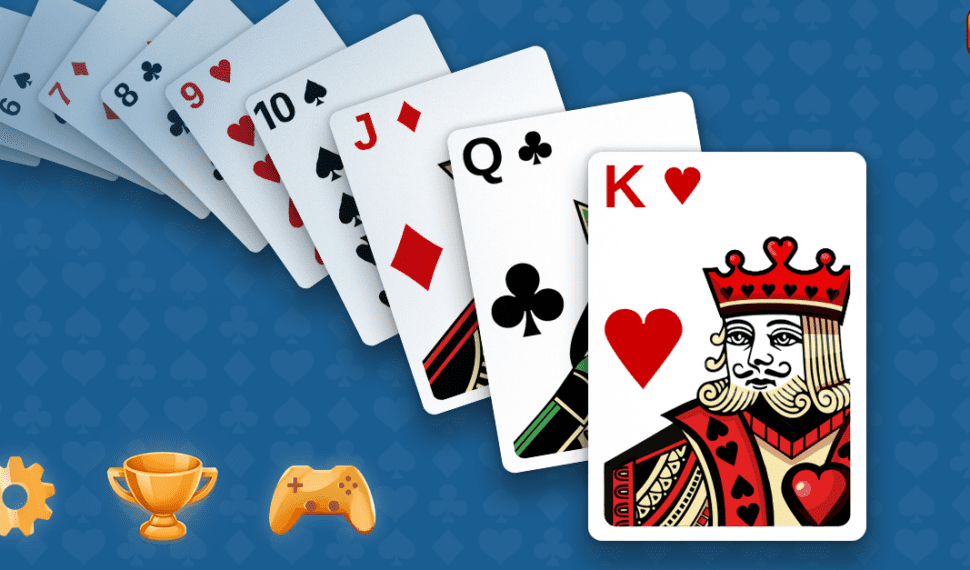 Of course not! What would be the fun in that? It’s the variability that makes solitaire such an enjoyable game. And variability means that some games just aren’t winnable. But if you can’t win them all, what can you do to improve your odds? The answer is simple: magic!
But we’ll get to that in a minute. First, let’s talk about the odds of winning a regular game of solitaire.

Show me Magic! Don’t want to read this

The Odds of Winning Solitaire

There are a huge number of variables that go into calculating the odds of winning a game of solitaire. And it changes depending on what variety of solitaire you play. Most mathematical models suggest that around 80% of solitaire games are winnable when dealt.
Freecell is the most winnable variant with about 99% of games being winnable. Pyramid, on the other hand, has the lowest percentage of winnable games. Despite being one of the simplest versions of solitaire to learn, only 0.5% to 5.5% of its games are winnable. And about 83% of Klondike games are winnable.
Of course, that doesn’t mean you’ll win 83% of your Klondike games. The winnability fluctuates with each move the player makes. Strong moves improve the likelihood of winning while poor moves decrease your chances. 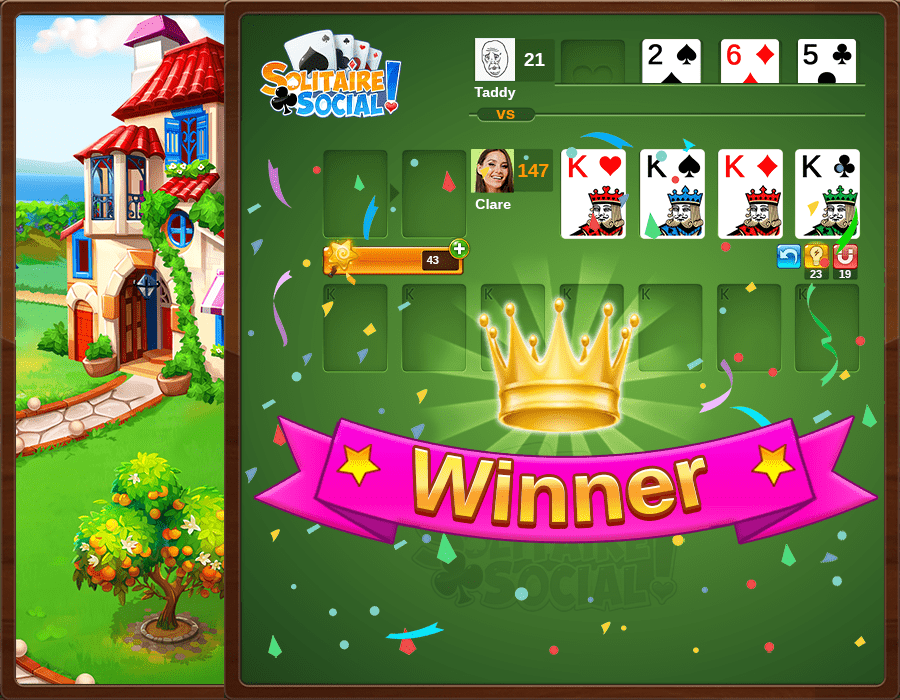 One Card Versus Three Card Solitaire

The odd of winning Klondike also depend on whether you are playing 1-card or 3-card. The rules for each are the same with one key exception. In 1-card Klondike, you pull cards from the draw pile one at a time. This allows you to play any card in the draw pile at any point.
In 3-card Klondike, you pull cards in stacks of 3. Then, you can only play the top card. Only after the top card is played can the next card be played. This is a much more difficult version of the game. For 3-card Klondike the percentage of winnable games drops to approximately 43%.
The percentage of winnable games improves for either version when you play on Solitaire Social or Solitaire 3 Social. Solitaire Social follows 1-card Klondike rules, while Solitaire 3 Social follows 3-card rules. On either platform, you can use magic and spells to help yourself out of a tight spot or stymie your opponents. With Solitaire Social games, almost any game of solitaire becomes winnable.

The Best Way To Play Solitaire

The best way to play solitaire is undeniably Solitaire Social. Every game of solitaire might not be winnable, but the spells in Solitaire Social make it a lot more likely. Plus, it’s just more fun when you can use spells and magic!
Solitaire Social follows the normal rules of 1-card Klondike. But it adds a twist with a bunch of handy spells and boosts. Each either helps you win or slows down your opponent.

The first and most common of these is magic. Magic is arguably the most powerful in the game. To use magic, you simply click the magic button. The next playable, face-down card will pull free from the tableau. Then it will automatically play to its foundation stack. This is especially useful when you are out of moves.
Magic can also be traded for other spells. You can earn more magic daily. This is done by completing daily tasks or playing for 30 consecutive days.

The shuffle spell allows you to shuffle your face-down tableau cards with your draw pile. The cards are then dealt back out in the same distribution as before. This makes different cards available in your discard pile. It is a very useful spell when you need to shake things up.
Shuffle also allows you to unfreeze yourself if you are targeted by your opponent’s freezer spell. Like magic, it can be earned by completing daily challenges.

The freezer is a delightfully nefarious spell. Playing the freezer freezes your opponent’s cards for a full 20 seconds. This gives you the opportunity to pull ahead in the points. It’s best used at the beginning of a game to give yourself a head start. Or play it at the end of the game to stop your opponent in their tracks while you race to victory.
Whenever you play it, watch out. Your opponent can end the freeze early by playing their own spells.

Boosts are features of Solitaire Social that can be turned on or off based on your preferences. They aren’t spells but they do help you during game play.
The first is the undo button. This button allows you to take back your last move. This is very useful when you realize you’ve made a fatal blunder.
The second boost is hints. You get a limited number of hints per day. So, use them wisely. But you can use the hints button to suggest legal moves based on the cards showing. The hints button lights up when it has a suggestion. Keep an eye out if you are stuck.
The final boost is the magnet. The magnet automatically moves any legal card to its foundation pile. This is a big help when you are playing for speed but beware! The magnet can sometimes move cards you didn’t want to play yet.

The puzzle of solving each hand of solitaire is one of the things that makes it so much fun. Solitaire Social takes that fun to the next level with magic, spells, and boosts. If you love solitaire and are looking for a spellbinding game, Solitaire Social is for you. Come check it out. It’s free to play and it’s easy to earn fun prizes. Play Solitaire Social today!

Play to check if every game of Solitaire is winnable?