What is the Average Solitaire Time? 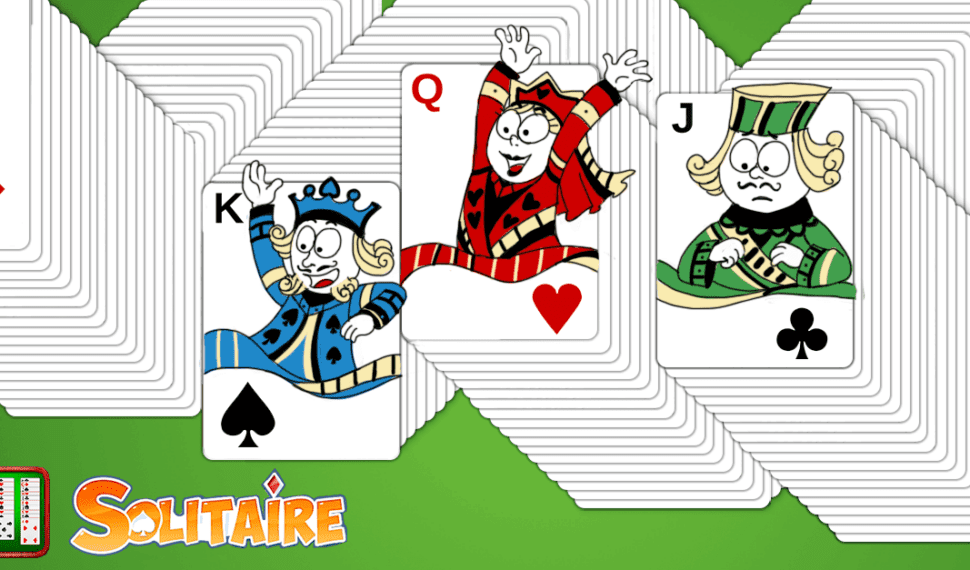 Nowadays, Solitaire is ubiquitous ­- almost everyone has this brain-teasing game downloaded on their PC or phone. It’s fun, but it is also easy to learn the game of Solitaire. However, much of the fascination with Solitaire lies in winning in the shortest time possible. So, what exactly is a good Solitaire time?

How fast will you pass with the tournament?

What is a Good Solitaire Time?

Solitaire is a game of cards and those cards determine your moves. On average, a player makes about 45 moves in a single game. How long it takes to make those moves can vary, with one player revealing that he moved 103 times and played for 55 seconds. Another player, a 12-year-old, also finished a Solitaire game in 58 seconds. Some more methodical players may argue as to how long Solitaire takes, because these speedy times aren’t typical. It’s noted that the average Solitaire time takes around 11 minutes to complete. Now that you have an estimate on how long Solitaire takes to play, you shouldn’t hesitate to immerse yourself in the Solitaire Social game.
Try to complete at least one game in just a few minutes! The average time for a Solitaire Social round is typically 3 minutes, but this depends on your skills as well as your card layout. You might need up to 10 minutes to finish a tournament. What matters most is strategy and practice, so head over to Solitaire Social and see how fast you can win!

What is the average time it takes to play solitaire?

What is the fastest game of solitaire?

The fastest game of Solitaire Social was completed in 30 seconds. The world record in classic online solitaire, however, is five seconds.

What is the fastest way to solve solitaire?

Use Magic and other Solitaire Social Spells. Click here for more details.

How do you beat solitaire in 30 seconds?

It’s a challenge, of course! But our data says the fastest Solitaire Social game took exactly 30 seconds! Try playing it yourself (and don’t forget to bring some Magic with you!).

Or try to determine your time right here – thanks to the built-in game from Online Solitaire you can play standard Klondike Solitaire (1-turn or 3-turn).

What is the Fastest Solitaire Time?

Solitaire is highly competitive. Over the years, players have tried to beat each other to make a new record time. Currently, Tscherni, a German player, holds the world record time for Solitaire for the fastest Solitaire game. Tscherni’s strategy made it possible for him to complete a single Solitaire round in just 5 seconds. That’s definitely impressive! Although many have attempted to match or beat the 5-second record, no player has come close yet. 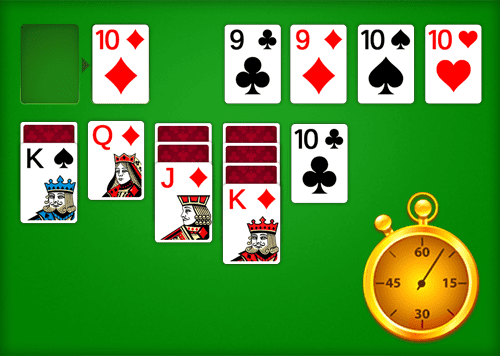 We already learned how long a game of Solitaire lasts, with an average of 11 minutes, but if you’re curious to see if you’re up to the 5-second challenge, try out Solitaire Social. Start small and see how quickly you can complete a single game!

Can You Win Solitaire Every Time?

Solitaire is an unpredictable game, with reliance falling on how the deck is dealt. You aren’t always guaranteed a win, even if you put forth your best effort. The reality is that there’s hardly any game that can be won every single time. This reality also plays out in Solitaire.
Research has shown that players can win about 80% of every Solitaire game. Therefore, the best way to win in Solitaire is to have a strategy. Once you have a strategy, you carefully calculate your moves. If you can find at least one out in a game of Solitaire, you have hopes of winning the game! If the odds are in your favor with several victory paths, you might be a master of the game.
Once such strategy includes those who enjoy Vegas Solitaire, where one must consider the suit and order. You can only win if you put all cards into the four packs at the top right side.

If you want to win Solitaire every time

However, Solitaire Social has a few tricks to get around the statistics. Our players can use magic and other boosters to ease their way to victory – they are described in more detail here.

Does a Solitaire Player Need Luck or Skill?

Luck and skill both matter in a game of Solitaire. As a player, you must be familiar with at least the fundamentals of Solitaire, and the more games you play, the sharper your Solitaire skills get.
But when we weigh luck and skill, luck takes the day. This is because your chances of winning in Solitaire depend significantly on the card arrangement. It is highly unlikely that you will draw the same deck, row, and hidden cards more than once.
Ultimately, you have an edge if you’ve got good cards right from the start. However, as we mentioned earlier, players cannot underestimate the importance of strategy in Solitaire. You can still give it a fight even if you are unlucky with the draw and layout of the cards. Additionally, patience also goes a long way, and you can put your skills to the test and draw out your own strategies while practicing with Solitaire Social.
Even the average Solitaire enthusiast is often highly competitive – it’s what makes the game fun! Every day, players are looking to beat Tscherni’s world record. And, of course, you can also make a name for yourself by trying out Solitaire Social. Good luck!

I have both – Luck and Skill! Turn on your game!