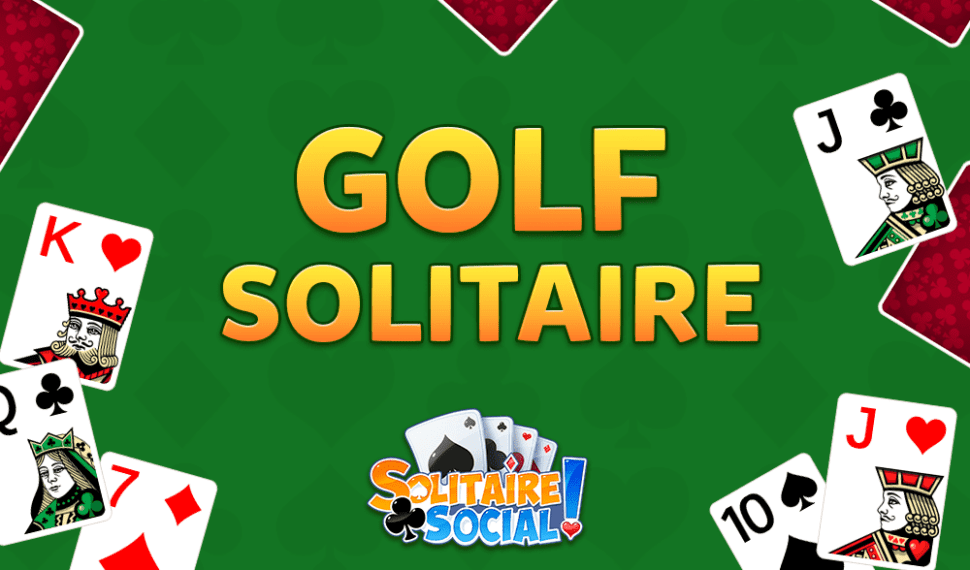 How To Play Golf Solitaire

Golf Solitaire is one of the easiest solitaire games to play, but possibly the most difficult to win.
Depending on the version of the game that you’re playing, your chances of clearing the board are somewhere between 1% and 5% with perfect play. But each game is pretty fast, once you understand what’s going on! If you’re looking for a solitaire game with a higher win rate, you can play Solitaire Social instead.
In Golf Solitaire, you’ll be ‘clearing’ cards from the bottom of the main play area in either ascending order (Ace, Two, Three, Four, etc.) or descending order (Jack, Ten, Nine, Eight, etc.). You can freely switch back and forth from ascending to descending as you wish.
There are three main sections of the Golf Solitaire layout:
The Tableau: This is where the initial face up cards are dealt. Seven Tableau piles, each one of them containing a stack of five cards that cannot be altered one play starts, set the stage. Only the bottom card of each Tableau stack can be played, but it’s important to look at the cards above to plot out your future strategy.
Once dealt, cards in the Tableau can’t be added to or moved around – you can only remove the bottom card of a Tableau pile when you have a legal play (which we’ll explain in the Foundation section).
The Foundation: The Foundation has a single face up card visible at any given time.
You can ‘build’ on the revealed Foundation card by moving the bottom card of any Tableau into it if the value of that card is one rank higher or one rank lower. Suits don’t matter. For example, if the foundation card is a Four, you could move a Three or a Five onto the Foundation. Whatever card you moved into the pile becomes the new active card. Then you can continue to play additional cards from the bottom of the Tableau, as long as it is valued one place higher or lower than whatever the new Foundation card might be.
If you have no legal plays from the bottom line of cards in the Tableau, or you chose not to make any additional plays, you can instead turn up the next card of the Stock (which we’ll explain next) and place it on top of the Foundation.
The Stock: The Stock contains all of the undealt cards (whatever was left after creating the Tableau) in a standard deck. All Stock cards are face down. The order of the Stock cannot be changed.
Flipping the first Stock card face up and placing it into the Foundation starts the game. If at any time you have no legal plays, or if you don’t wish to make any more plays from the current Tableau, you may flip up the next card in the Stock pile and place it on top of the Foundation.
Winning And Losing In Golf Solitaire: A game of Golf Solitaire is won if all cards are cleared from the Tableau and legally placed in the Foundation. There’s no need to flip unused Stock cards into the Foundation if the Tableau has already been cleared. Sometimes the number of unused Stock cards are used as a tiebreaker for tournament scoring. 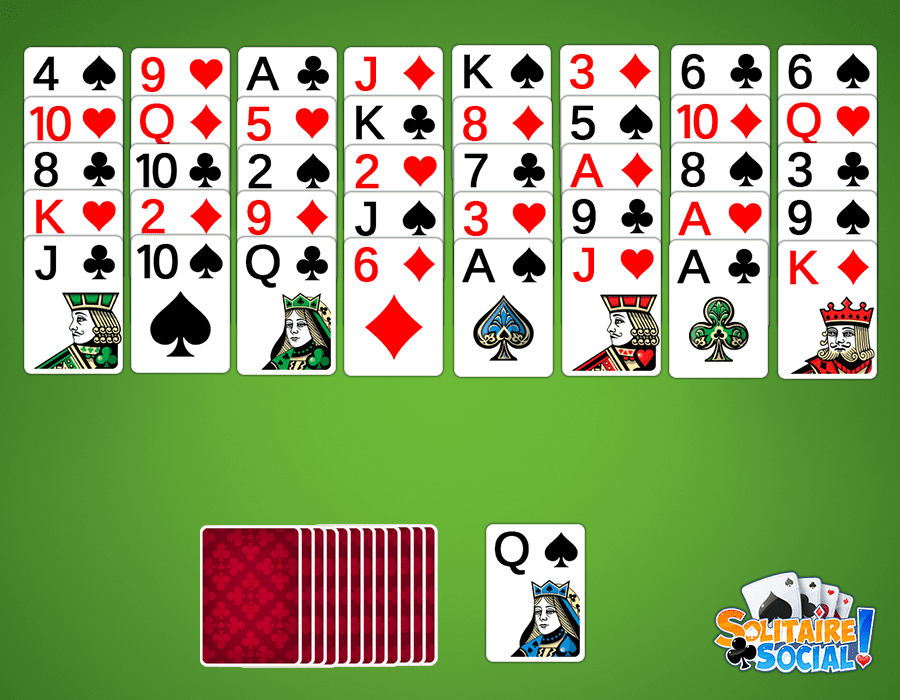 The way to make Golf Solitaire into a multiplayer experience is to give everyone the exact same card order for that particular round. So whoever clears the Tableau most efficiently would be the winner. Although perfectly fair, it is estimated that only about a quarter of Basic Golf Solitaire games rely on deep strategy. And without the loop around mechanic, that percentage is even less for Classic Golf Solitaire.

Playing Solitaire Social, on the other hand, allows each player in a match or tournament to have their own unique card order. Though some luck can be involved, executing basic and advanced Solitaire Social strategy is what makes the game fun. So no need to ‘clone’ the deck order. Like most competitive card games, skill factor is much more important than luck in the long term.
In a nutshell: Classic Golf Solitaire is fun to play alone if you like quick, hard solitaire games. Basic Golf Solitaire is fun to play alone if you want something slightly easier. But if you want a fun solitaire game that has competitive aspects, a tournament ladder, and a chance at fun rewards, play Solitaire Social instead.