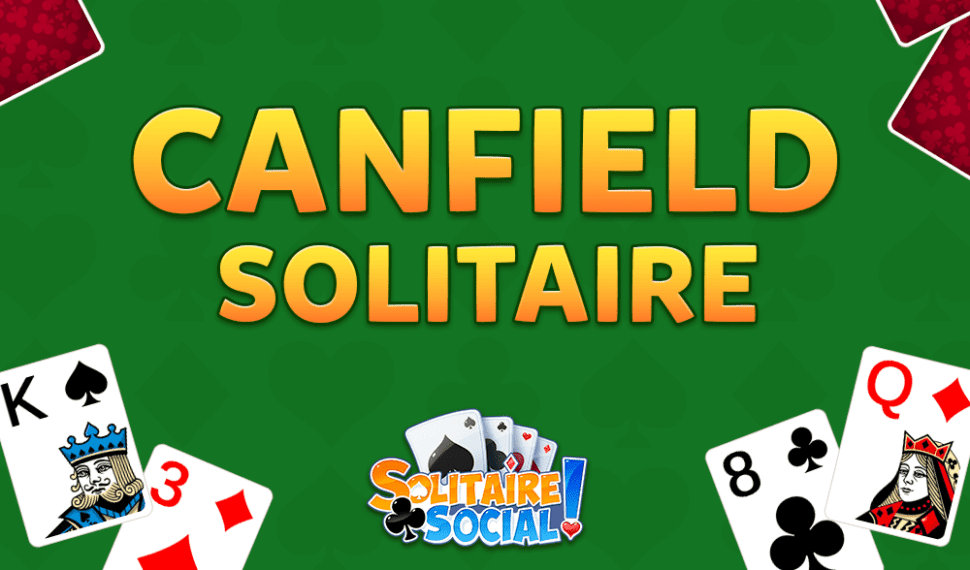 In case you want to play an interesting Solitaire game against other players, just try Solitaire Social!

How to Play Canfield Solitaire

A game of Canfield solitaire is set up much differently than a game of traditional solitaire. To begin, 13cards are dealt into a pile. This is called the reserve. Your reserve pile will consist of 13 cards all face down. The top card in the reserve is then flipped face up before the game begins.
To the right of the reserve pile, the player will need to set up four foundation piles in a row. A card is drawn and placed face up in the foundation pile closest to the reserve pile. The card that is placed face up in the first foundation pile will determine what value of card each of the other three foundation piles has to start on. The other three piles to the right of the first will remain empty until the game begins.
Underneath the four foundation piles, the player will need to set up four more piles called the tableau. These piles will start with one card each and be located directly underneath the four foundation piles. The tableau will work like traditional solitaire where cards can be added, but only if they are the next lowest card and the opposite color.
The rest of the cards will be set to the side and used as your draw pile. When you have your reserve, foundations, tableau, and draw pile all set up, you are ready to get started on your game of Canfield solitaire. 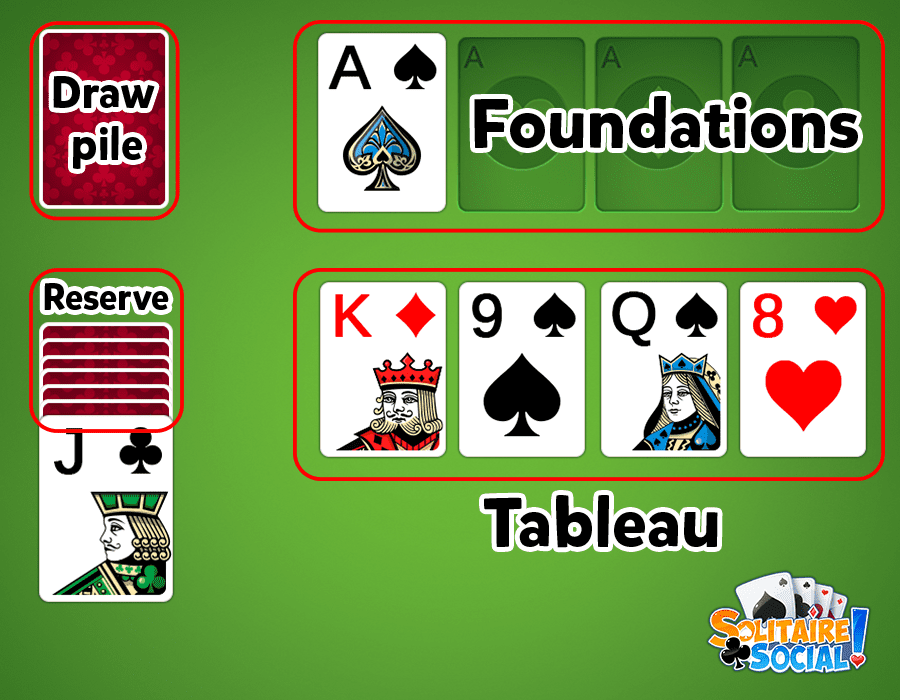 To begin a game of Canfield solitaire it is important to identify the card present in the first foundation. This card leads and acts as the ‘ace’ in traditional solitaire. This means that each foundation will need to begin with this number and be built on in ascending order in the same suit. When all four foundation piles are built up with the 13 cards of each suit, the player wins the game.
To begin, players can start by making a move from either the tableau, the top of the reserve, or the draw pile. The tableau can be built down by alternating colors much like a traditional game of solitaire. The difference is that any open space in the tableau must be filled by the top card of the reserve. When the top card of the reserve is brought into either the tableau or played in a foundation, the next card gets flipped over and can be used.
One interesting rule specific to Canfield solitaire is that if the reserve is empty and there is an open space in the tableau, any card can be placed there regardless of value. In a traditional game of solitaire, only kings can start a row in the tableau. This is not the case for Canfield solitaire.
If nothing can be played from the reserve or the tableau, players can cycle through the draw pile to find a card that can be played. The game is over when each of the four foundation piles is filled in ascending order of the same suit starting at the lead card or when a player can make no more legal moves from the reserve, draw pile, or tableau.
Canfield Solitaire is mostly played exactly like traditional solitaire. The only difference comes in what card starts the foundation and the use of the reserve to fill the tableau. The rest of the game is incredibly like the solitaire you know and love.

If you are looking to spice up you’re in-person games of solitaire at home, Canfield solitaire could be a great option for you. However, if you want the best solitaire experience around, sign up for Solitaire Social and get playing with thousands of other players across the globe. Enjoy everything online solitaire has to offer at Solitaire Social today.