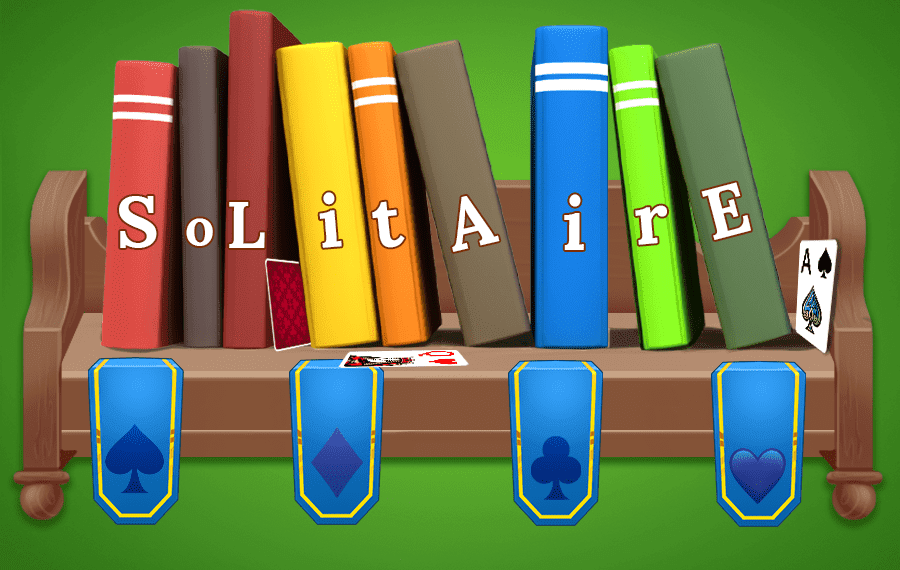 Readers of our blog already had a chance to read our article about the history of solitaire appearance and its important place in historical records. And if you are one of our loyal readers, then you have definitely seen our interesting story about the key appearances of solitaire in the most famous movies from all around the world! Today, it is the right time for all lovers of books and literature! Today we are going to immerse in the world of classic and modern novels where solitaire becomes an integral part of the story.

Let us start with the classics and take a look at the novel by the great English writer Charles Dickens. This book is considered to be paramount to the creativity of Charles Dickens. It tells about the life of a young man named Philip Pirrip, even though all people just call him Pip. Throughout his life, Pip meets many different people with opposite personalities. One of the most important characters of the book is Abel Magwitch. He is an escaped convict. Interestingly, he often calls himself Provis and has a strong influence on the entire plot of the novel. Towards the end of the book, he has to stay in the same apartment with Pip and spends a lot of time playing a very unusual version of solitaire. Even though Charles Dickens never mentioned the exact version of solitaire, nor its rules, he writes that after being able to solve solitaire, Provis made some kind of mark with a knife on the table. Here is an interesting fact for you! As of now, there were more than two dozen different movies based on Great Expectations. And the role of Abel Magwitch was performed by such outstanding actors as Anthony Hopkins (1991) and Robert De Niro (1998).

Now, we are going to travel in time right to the Russian Empire and immerse ourselves into the world of the eternal classics. I am talking about War and Peace by Leo Tolstoy.
First of all, it is worth noting that different types of solitaire were immensely popular in Russia in the XIX century. So, there is no surprise that they are mentioned very often as one of the ways of leisure of high society in War and Peace. Along the chapters of War and Peace, various types of solitaire are played by many characters. But we are going to focus on Pierre Bezukhov today.
He was one of the main characters of the book. At one stage, he was trying to decide what to do when there is a threat of Moscow capturing by Napoleon. Bezukhov cannot make a decision himself, so, he decides to use a deck of cards. While entrusting his fate to jacks, queens, and kings, Pierre put a deck of cards in front of him, and that if he is able to solve solitaire, he should join the army.
Even though he was able to solve that game, Pierre decides to stay in Moscow without going to war.

John Updike was an American writer and a winner of two Pulitzer Prizes. Among his works, one can find not only such huge and significant novels as Rabbit, Run.
John Updike also wrote several dozen small, but masterfully written stories, including “Solitaire”. This short story was written for the New Yorker magazine back in 1962. However, it was published only ten years later.
The main hero of “Solitaire” is a certain nameless gentleman who cannot make one of the main decisions in his life. He cannot choose whether to stay with his wife or go to his mistress. So, he decides to play solitaire to find the long-awaited answer. Here is an interesting fact! During the story, his thoughts and ideas create a unique fusion with the mechanics of the game, thus giving us a curious effect, as if the readers are in the head of the main hero.

After visiting the USA, we are going to head right to the Apennine Peninsula. Even though Italo Calvino was one of the classic authors of Italian literature of the XX century, he was born in Cuba and spent most of his life in the homeland of his ancestors. Italo Calvino wrote a huge number of amazing books while devoting his life to postmodernism. But for us, one of his novels is more interesting than the others. I am talking about The Castle of Crossed Destinies. It is a very unusual work. I would even call it a solitaire novel, where the story is told by using a tarot deck. Italo Calvino creates a very original narrative based on a deck of cards while also adding his unique writing style. The main characters of The Castle of Crossed Destinies tell their stories by using a special deck called the Visconti-Sforza tarot deck.
Here is an interesting fact! Just a few years later after the first book, Italo Calvino published a sequel to this book called The Tavern of Crossed Destinies (La taverna dei destini incrociati). In the sequel, the entire story is based on a deck called Tarot of Marseilles. By the way, you can also read about different decks used in countries all around the world here.

Let us move on to the next novel on our list. It is going to be the Last Love in Constantinople by Serbian writer Milorad Pavić. Just like Italo Calvino, Pavić uses a deck of tarot cards for inspiration. However, in this case, it is used in a completely different way. Each chapter of the Last Love in Constantinople represents a card from the classic tarot deck. As the master of magical realism, Milorad Pavić creates some confusion by saying that his novel can be read in any order. By doing so, he created countless meanings, thus turning his book into another version of solitaire or even divination. It is also worth noting that such a talented writer also liked to choose truly strange forms for his works. Here is an example: Milorad Pavić has novels represented in the format of a dictionary (Dictionary of the Khazars), a crossword (Landscape Painted with Tea), and even a water clock (The Inner Side of the Wind).

And now it is time to move to Norway. In 1990, Jostein Gaarder from Oslo released a novel called The Solitaire Mystery. As in all cases before, this book also has a very unusual structure. 53 chapters of the book represent a deck of traditional playing cards (thirteen cards of each of the four suits and one joker). Unlike all postmodern and rather complex novels mentioned earlier, The Solitaire Mystery is a fascinating novel with an interesting and truly fascinating story. This book can bring a lot of joy and enjoyment even to young readers. The main character of The Solitaire Mystery is Hans Thomas from Norway. He is a young boy who immerses himself in the world of a dizzying adventure. Here is an interesting fact! The structure of the novel is incredibly important since it can even help solve some mysteries!

And do you know any books about solitaire? Do not forget to share them in the comments below!