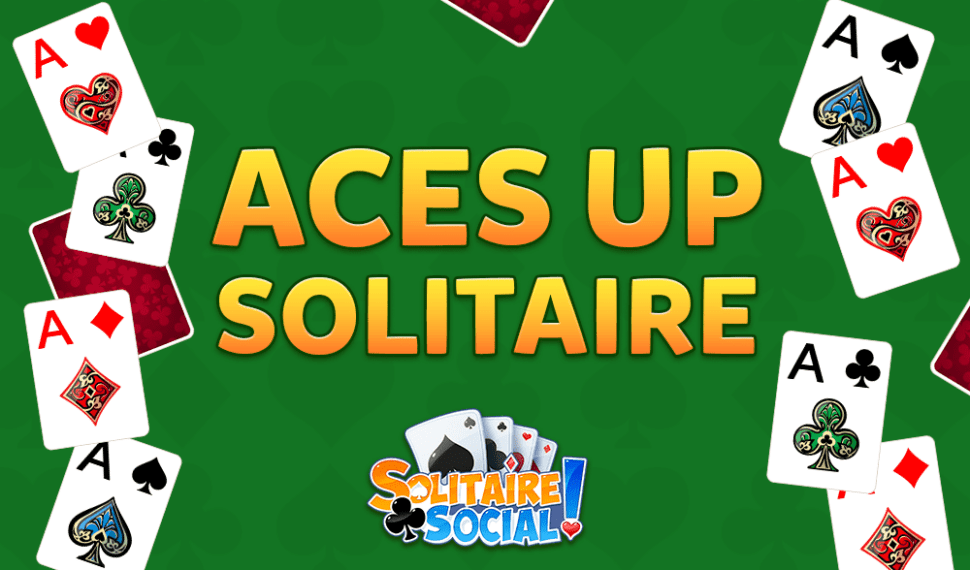 How to play aces up solitaire

Here’s the shortest way to the best online Solitaire! Just Click the button!

Aces up solitaire is made of two parts. These are the Tableau and the stock. The tableau is the set of 4 cards that are placed face up on the screen. Initially, the tableau starts with 4 random cards, but as a game of aces up solitaire progresses, more cards from stock accumulate over the 4-card tableau. The remaining cards that are not part of the tableau are stacked in one pile called the stock. The stock is placed face down and is used to deal cards. Remember that aces-up solitaire is played with a single 52-card deck. So, the starting stock will have 48 cards, after the first 4 cards are placed in the tableau.

Aces up solitaire’s rules are simple. Having a good understanding of the rules is critical for making an aces up solitaire strategy that works for you.

Solitaire Social vs Aces Up

The layout in Solitaire Social is different from Aces Up. In Solitaire Social, the tableau consists of 7 stacks of cards. From left to right, the number of cards in each stack increases by one. So the first stack has one card, the second has two and the third has three, and so on.
The remaining cards are placed in the stock, located at the top left of the screen. Your opponent has the same layout as you.

Your objective is to make 4 suits on the foundation slots located above the tableau. Starting from Aces and all the way to Kings. The first person to do this wins the game.

If you like Aces Up Solitaire, we advise you to try our game – Solitaire social. I’ll like it too!