Why Do People Prefer Online Games 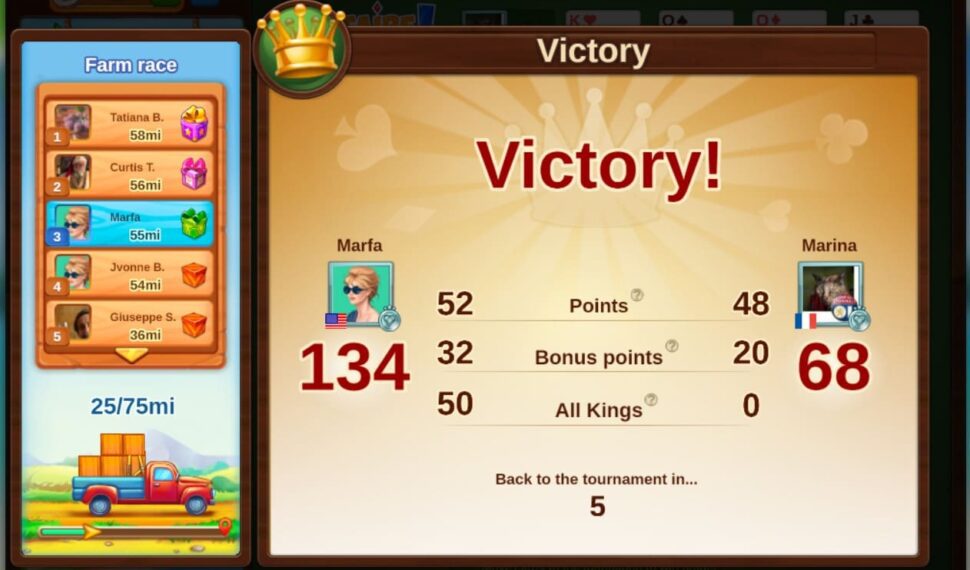 Nowadays, people spend a lot of time playing online games. There is nothing egregious or repugnant about this. Most people use this time to unwind after a long day of work or to distract themselves from worries. The gaming experience is fascinating. Additionally, everyone can play today for free and without having to register. Why not make the most of this chance?

Ability to have fun while waiting for something

It is first and foremost a chance to make better use of free time. People often have to wait for something. According to Virtual Capitalist, the greatest online gaming segment is mobile games, which generated 45% of all online gaming income. And a great part of them is free online solitaire games. Additionally, 2.4 billion people worldwide are said to have played online games. It is so because people always take their smartphones with them. When you are moving somewhere on public transport you can just play any game on your device and time will pass more rapidly. Online games are very accessible. You just need to be online on a desktop or download the game on mobile to start playing.

Online games offer a great range and span many genres

Modern gaming products are also as colorful and captivating as they can be. Amazing graphics make it easier to see every detail. The stories are frequently deftly thought out and fully engross the player in the action. You can switch up games as often as you like. No one is constrained in this. Every genre has something appealing and intriguing about it. Thanks to the continuous update feature, even games that are regarded as the forerunners of online gaming are still staying strong and letting players enjoy the new content in a well-known game. Let’s take for example a free online solitaire game – Solitaire Social. It can be played even by your grandma. It is a combination of both traditional solitaire free no downloads and new interesting features that distinguish this game from its analogs. For example, in this game, you can participate in tournaments. The application automatically chooses an opponent for you and you begin to compete. After winning several matches you can take first place at a competition table. The game has a colorful modern interface, and the rules are familiar to all card game fans who prefer to play solitaire free no downloads.

The entire phenomenon of online gaming is founded on the idea of accessibility since barriers like skill requirements or athletic ability deter participants. No matter how old you are. In a video game, you also could communicate with people from all around the globe, whether they are your teammate or an enemy. Because social interaction aids in learning, this may be highly thrilling. Additionally, the game becomes more difficult and enjoyable because the opponent might be of any age range.

People love to experience the joy of victory

It’s fun to win, to put it bluntly. We won’t get into the scientific medical theory of why dopamine is released when you win games. People enjoy setting and achieving goals. Games always have definite rules and if we include a stunning visual element, we will see why winning games is such a thrilling experience. Nowadays, ranked activities are present in practically all online games that offer eSports competitions. For many people, increasing their rating and position is more important than everything else. And to do that, they must develop their talents, which frequently entails carefully studying game mechanics. By using this strategy, the game becomes more than just a collection of interesting characters and pixels. The game became a legitimate sport as a result.

Everyone is aware of how much gamers enjoy isolating themselves. Online games enable people to interact with others despite their regular asociality. They experience a sense of belonging to a community. Everyone can communicate while playing a variety of online games. Additionally, there are gatherings held annually where all gamers can interact.

And of course, online games also provide an opportunity to earn money, enjoy beautiful graphics and music, and just have fun. Therefore, if you want to forget about problems for a while and relax, you can choose simulators, role-playing, puzzles, shooters, or even free solitaire games to play online. It might be very advantageous: you can learn about history by playing games like Assassin’s Creed, for example. Playing card games will help you focus and recall information better. Numerous games can also instruct in subjects like geography, foreign languages, and many more. Playing video games can increase eye coordination and speed up decision-making. Engaging in video games can help gamers grow in consciousness and increase their knowledge.